I don’t often have news from the island nation of Niue, so when something comes to me, I don’t hesitate to share it. Radio New Zealand recently reported that Niue is preparing to open its new museum this Friday after the old building’s destruction by Cyclone Heta in 2004.

Where is Niue? Courtesy of worldatlas.com

Fisa Pihigia, Niue’s High Commissioner in New Zealand, announced that for the first time the constitution celebrations will shift from parliament to the site of the new museum in Alofi and Niue has waited a long time for this moment. Pihigi said it had been a long time coming after Helen Clark (former Prime Minister of New Zealand) first promised to help with a replacement home for the country’s cultural treasures.

He added that everyone on Niue is very excited to see the building open after such a long time and feasts and celebrations are planned for Friday. “It’s not only the celebration of the constitution, the 44th constitution, but it also marks the beginning of the Taoga Niue, which is the museum.”

Fisa Pihigia said there have been some ups and downs along the way with the project and Niue is grateful to the New Zealand government for helping to see the museum completed.

Meanwhile, Niueans in New Zealand are being encouraged to keep learning and speaking their language through a range of activities for Niue Language Week. For every person living on Niue there are around 12 people of Niuean descent living in New Zealand and the Niuean language is classified as endangered by the world heritage organisation UNESCO.

She said people should have a go at speaking Niuean and not be embarrassed about making mistakes.”We want to get away from that, we want them to just be open about just saying anything they want to say that they know in Niuean, that there’s always going to be somebody there that will help them say more words in Niuean,” Lynda Lakua-Makensi said.

Lakua-Makensi said she hoped people would continue to speak and learn Niuean, not just this week but throughout their lives. 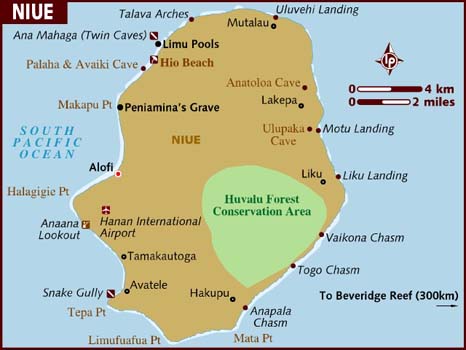 A little about Niue…

Niue is a self-governing island state in free association with New Zealand. It is the westernmost of the Cook Islands but is administratively separate from them. It is sometimes called “the Rock of Polynesia,” or simply “the Rock.” Niue is a roughly oval, raised coral island that is about 40 miles (65 km) in circumference, and has a population of about 1,600 people. Alofi is the main port.

There is archaeological evidence that Niue was settled about 900 CE by Samoans. Capt. James Cook landed on Niue in 1774 and, because of hostility from the Niueans, unjustly named it Savage Island. London Missionary Society members began to arrive in the 1830s, and by the 1850s the islanders had been converted to Christianity. In 1900 Great Britain established a protectorate over Niue. The following year the island was annexed to New Zealand as part of the Cook Islands, but in 1903 it was separated and given its own resident commissioner and island council. In 1974 the people voted for a new constitution, choosing self-government in association with New Zealand.

Check out the Niue art and culture site by clicking here.