The Pacific Daily News ran an article about a new anthology book titled Indigenous Literatures from Micronesia, which was ten years in the making and features the voices of more than sixty-five indigenous Micronesian authors. It was published by the University of Hawai’i Press and became available for purchase at a launch event that took place in early June.

For the first time, poetry, short stories, critical and creative essays, chants, and excerpts of plays by Indigenous Micronesian authors have been brought together to form a resounding—and distinctly Micronesian—voice. With over two thousand islands spread across almost three million square miles of the Pacific Ocean, Micronesia and its peoples have too often been rendered invisible and insignificant both in and out of academia. This long-awaited anthology of contemporary indigenous literature will reshape Micronesia’s historical and literary landscape. 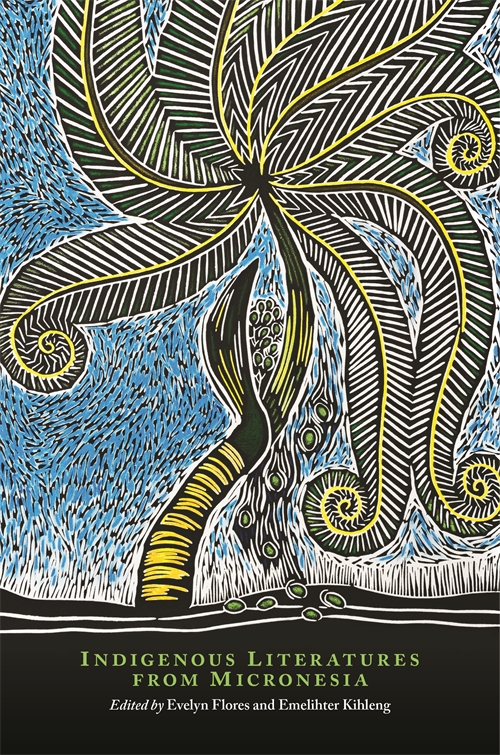 This well-received anthology is the brainchild of University of Guam Professor Evelyn Flores and Emelihter Kihleng, a Pohnpeian poet and researcher at the MARKK Museum am Rothenbaum in Germany. The book launch — which was attended by Flores and some of the Guam writers — was held from on June 6, 2019 at the University of Guam (UOG) CLASS Lecture Hall.

For Flores and Kihleng, the anthology was a lengthy but necessary undertaking. “It’s been an unexpectedly long haul, but anything worth doing is worth the persistence, the hundreds of hours, and the long nights. We couldn’t not do it,” said Flores. “It is so important for people to see themselves reflected in films, art, and writing,” opined Kihleng. “Evelyn and I saw this anthology as a significant means in which to provide a mirror for (indigenous Micronesians), something we never really had.”

The two women conceived the idea for the book in the summer of 2009, agreeing there was a gaping hole of Micronesian voices in the world of academe. To fill the void, Flores would curate course readers using various authors from all over Oceania for her UOG students. It was “almost as if we didn’t exist,” said Emelihter.

The anthology was officially accepted for publication by the University of Hawai’i Press “a couple of years ago,” Flores explained, “but work in earnest to get it to publication really took off in 2018.”

Several familiar names from Pacific Island literature were also involved with the project in different capacities, said Flores. Craig Santos Perez, an award-winning Chamoru poet and University of Hawai’i professor, encouraged the women to submit the book as the introductory volume for “New Oceania Literary Series,” a new book series by the University of Hawai’i Press.

Indigenous Micronesian authors in the anthology include the following:

Artist Monica Baza’s work was chosen to be featured on the cover page.

Professor Flores, Baza and some of the writers were present at the launch event to sign books. Because Pacific Island literatures “are not just textual … (but) also visual and auditory,” the book launch also involved art, music, chant and dance, said Flores. “We want to feature all these senses through which we convey the stories of our peoples.”