Tuvaluans in New Zealand say they hope last weekend’s celebration of their art and culture in Auckland will help others learn about who they are. Hundreds of people attended the first Tuvalu Arts Festival in New Zealand hosted by Niutao islanders, one of eight islands in Tuvalu.

Niutao islander Kelesoma Saloa said the aim was to bring everyone together to share and be proud of who they are. He said it also gave them an opportunity to teach non-Tuvaluans about the Pacific nation. “Tuvalu is facing climate change, sea-level rise – our problems back home. So we’re showcasing our arts and our crafts and the language. We managed to secure some funds (from Creative New Zealand) to exhibit our arts and crafts so people can know about Tuvalu,” said Kelesoma Saloa.

Associate Minister for Pacific Peoples Carmel Sepuloni opened the festival on Saturday. On her Facebook page, she thanked the organizers for their “awesome work” in putting the event together. The exhibition was followed by a traditional feast and dancing.

Tuvalu will also be hosting the Pacific Forum Summit in August. 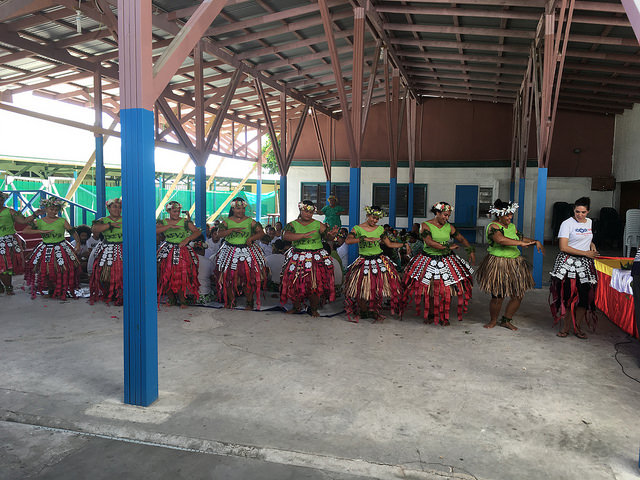 A little about Tuvalu…

Tuvalu, pronounced “too-VAH-loo”, and means “Cluster of Eight,” is an independent constitutional monarchy in the southwest Pacific Ocean. Formerly known as the Ellice Islands, they separated from the Gilbert Islands after a referendum in 1975, and achieved independence from Great Britain on October 1, 1978. The population of about 12,000 live on Tuvalu’s nine atolls. The islands are low-lying, most being 13 to 16 feet (4 to 5 metres) above sea level.

The first settlers were from Samoa and probably arrived in the 14th century AD. Smaller numbers subsequently arrived from Tonga, the northern Cook Islands, Rotuma, and the Gilbert Islands.

Europeans first discovered the islands in the 16th century through the voyages of Álvaro de Mendaña de Neira, but it was only from the 1820s, with visits by whalers and traders, that they were reliably placed on European charts.

A well known Australian author, George Lewis “Louis” Becke, spent time as a trader in Tuvalu. Before he took to writing, he traveled extensively in the South Pacific, finding employment in may areas. In early 1880, he took up a position with trader Tom de Wolf on Nanumanga, and eventually opened his own store on Nukufetau in February 1881. There he married native Nelea Tikena.

Robert Louis Stevenson and his wife Fanny visited Funafuti in 1890, travelling on the trader steamer Janet Nichol. They stayed for only two days, but Fanny Stevenson recorded the visit in great detail in her diary.

The Tuvaluans are Polynesian, and their language, Tuvaluan, is closely related to Samoan. English is taught in the schools and widely used. The vast majority of the population belongs to the Church of Tuvalu (the former Ellice Islands Protestant Church). 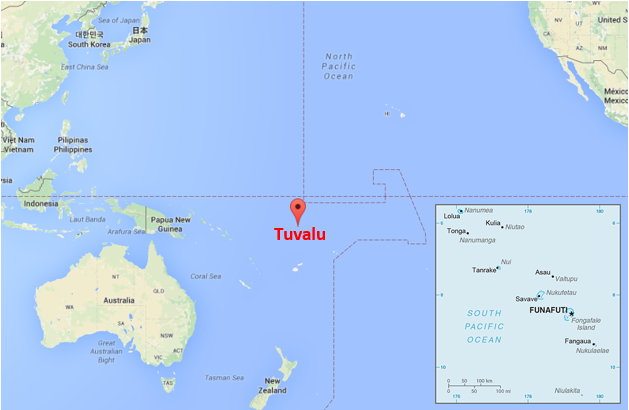