Return of the Moai

Recently the Rapa Nui, people indigenous to Easter Island, have asked the British government to return one of the British Museum’s most viewed and treasured objects – the iconic stone moai statue called Hoa Hakananai’a. The eight-foot high statue is one of hundreds carved by Polynesian settlers on Rapa Nui between the 13th and 16th centuries.

Moais are giant stone monolithic figures representing ancestors and powerful chieftains. They are synonymous with Rapa Nui, as Easter Island is now known. There are over 900 moai located on Rapa Nui. They lie scattered in fields on hilly slopes, and along the island’s sea border. Many are half buried up to their shoulder by tradition or because many standing moai had fallen or been pushed down by the 18th and 19th century. 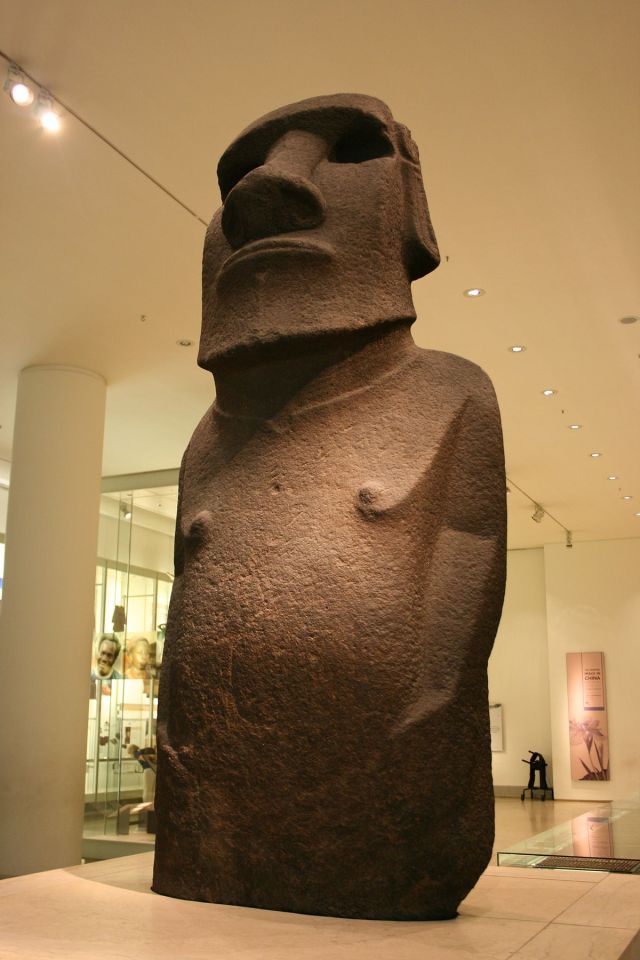 Hoa Hakananai’a is currently exhibited in the British Museum in London after being taken from the island by British sailors 150 years ago, is seen by about 6 million visitors a year. Aside from questions of access, study, and the preservation principle of not keeping all one’s eggs in the same basket, the request for its return to Chile raises other challenging issues for the British Museum, one of the world’s great global museums.

One key question is about the importance of retaining objects that can instruct a broad audience about the richness and variety of global cultural heritage. Certainly, not everyone can get to the British Museum, but far fewer will ever be able to appreciate Rapa Nui cultural heritage in its original Easter Island location. And the people who do travel to Easter Island will be able to see the Hoa Hakananai’a’s 900 giant stone kin in their traditional cultural environment.

The Rapa Nui, on the other hand, point to the Hoa Hakananai’a’s significance as an ancestor of the people, and endowed with a life force called mana. They have said that moai provide protection and the presence of this particular moai on the island may help restore its ecology and the Rapa Nui’s culture.  With recent improvements to their heritage conservation infrastructure, they feel they are now in a position to bring Hoa Hakananai’a home and to care for it.

In response to the British Museum’s reluctance to return the statue, the Easter Islanders are now proposing that they carve a replica of Hoa Hakananai’a and trade it for the original. It would be offered to Queen Elizabeth in exchange for the original.

The carving is to take place on Rapa Nui, using thousand-year-old techniques combined with modern technology to allow the job to be completed in seven months. A committee of islanders and Chilean government officials plans to travel to London next month in hope of negotiating the moai’s return.

In August 2018, Chile’s National Monuments Council and the National Forest Service of Chile (CONAF) joined five representatives from the island’s Rapa Nui tribe to ask the British government to begin a dialogue on the return of Hoa Hakananai‘a. Chile’s National Treasures Minister Felipe Ward said that the request for the British Museum to return the statue, “seems appropriate given the new coordination and conservation functions being carried out on the island.”