Posted on October 26, 2016 by islandculturearchivalsupport

Where Pacific Islanders came from has long been debated by scholars and scientists. Many of them believed that the first Polynesian settlers arrived from Southeast Asia. Some scientists also speculated that today’s Pacific Islanders were an offshoot of Australo-Papuan populations of Australia, New Guinea and the Solomon Islands, who arrived in the region 40,000-50,000 years ago.

In the 1940s a Norwegian adventure and ethnographer named, Thor Heyerdahl, believed that people of Polynesia had ancestral ties to the ancient Peruvians. This theory went against all prevailing scientific thought at the time,  which held that the islands were populated by people from South Asia.

To prove his theory, Heyerdahl enlisted five friends to join him on an amazing journey. He built Kon-Tiki, a roughly 40-foot log raft out of balsa wood, similar to those used in ancient times. On April 28, 1947, Heyerdahl and his crew departed Callao, Peru. They spent 101 days at sea, eventually crashing into an atoll and then taking shelter on a small island in the South Sea. Although he had proved that an ancient voyage from South America to Polynesia was possible, he could not prove that it had actually occurred.

Nevertheless, a new study this month (published in Nature) revealed that ancient DNA could upend the understanding of the seafaring people who traveled vast distances to make their home in the Pacific. Vanuatu and Tonga’s first inhabitants may have come from Asia and not from neighboring Papuan populations in New Guinea, Australia and the Solomon Islands as previously imagined.

The team analyzed DNA from three skeletons found in a cemetery in Vanuatu and one sample from a Tongan cemetery — all around 3,000 years old. The results indicate the first people of Vanuatu may have come from Taiwan and perhaps the northern Philippines, moving on, a short time later to Tonga. Matthew Spriggs, a professor at the Australian National University and one of the researchers involved in the study said, “Their original base population is Asian. They were straight out of Taiwan and perhaps the northern Philippines.”They traveled past places where people were already living, but when they got to Vanuatu there was nobody there. These are the first people.” 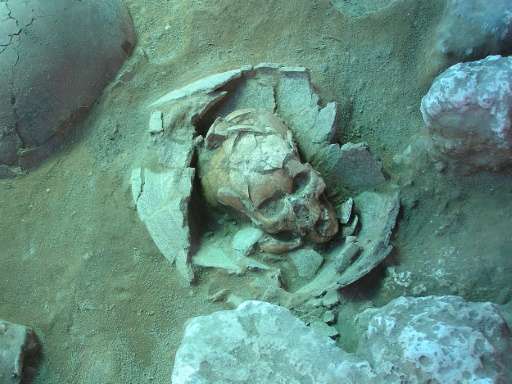 A skull placed in a Lapita vessel from the burial site near Port Vila, Vanuatu

Spriggs said another DNA sample from a Lapita skeleton in Tonga returned similar results.He added that it now appeared the Asiatic Lapita first colonized the South Pacific, then intermingled with a second wave of Australo-Papuan settlers to create the region’s modern genetic mix.

Professor Ron Pinhasi from University College Dublin said that the study was made possible by improved methods of extracting material from skeletal remains.”The unexpected results about Oceanian history highlight the power of ancient DNA to overthrow established models of the human past,” he said. In fact, sourcing ancient DNA in tropical areas where remains quickly deteriorate is one challenge that has held back study in this area. Stuart Bedford, professor at the College of Asia-Pacific at the Australian National University and report co-author said, “This is the first time we’ve been able to extract such early DNA in the Pacific.”

To make the analysis, the researchers used a sample from the petrous bone — a bone in the skull near the ear — that they’ve found to be best at preserving DNA that’s many thousands of years old. “If you’re going to get  DNA from an ancient population, you’ve got to go for this bone,” Bedford said.

Ultimately, the DNA tells a more detailed story than the cultural traces the Lapita people left behind. In Bedford’s view, the report reinforces the cultural mix that’s already known and celebrated in the Pacific. “In many ways, it’s the European divisions of the Pacific — Polynesia, Melanesia, Micronesia — [it’s] those old colonial style boundaries that are being challenged,” he said. 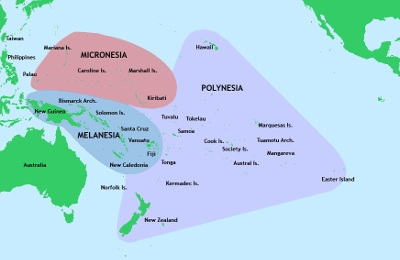