Posted on April 7, 2016 by islandculturearchivalsupport

I recently came upon an interesting article written in the online news site, The Times of Israel, about a team from the online genealogy site, MyHeritage, tried to ensure that old tribal ways of Papua New Guinea are not forgotten. MyHeritage in an online genealogy platform (similar to Ancestry.com) whose vision is to make it easier for people around the world to use the power of the Internet to discover their heritage and strengthen their bonds with family and friends.

Last month a MyHeritage team visited Papua New Guinea to document family histories, lifestyles and rituals that have been passed along only by word of mouth within tribes. Golan Levi, who was a member of the team, said, “The project was undertaken to prevent further erosion of the collective memory of the mountain people of Papua New Guinea, who are losing some of their long-held traditions as modernity begins to creep into their traditional way of life.” 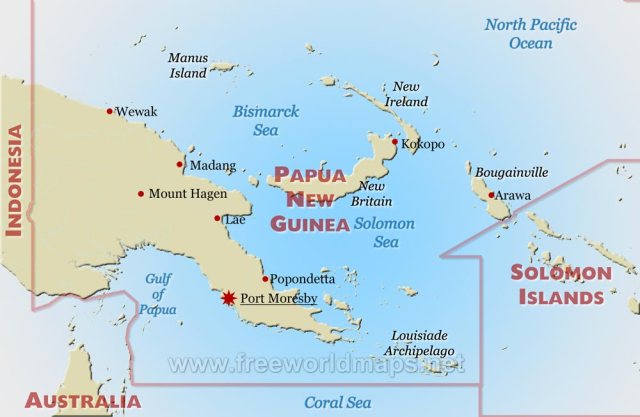 Where is Papua New Guinea?

MyHeritage decided to bring its technology to Papua New Guinea to help for the first time digitally document information about the lifestyles of the residents of the isolated communities in the interior mountain regions of the island country. MyHeritage believes that as modern life encroaches, the old ways are in danger of being lost. Thus, the company decided to embark on the Tribal Quest Program in order to ensure that those ways are not forgotten. Levi explains,

“As part of our Tribal Quest project we returned with information about the family relationships of thousands of members of the community, including photos, data about burial sites, and documentation of rituals and and ceremonies. The kids were especially interested in participating, in order to ensure that their tribal traditions are not lost.”

Levi observed that the residents of the villages were eager to participate in the project. He noticed that while the elders are still clinging to the old ways, their grandchildren and great-grandchildren will be more affected by technology and have more access to it. Levi adds, “With these digital records, they will be able to keep in touch with the histories and stories that otherwise may have been forgotten.”